Likely to mature in the 15 + hd range 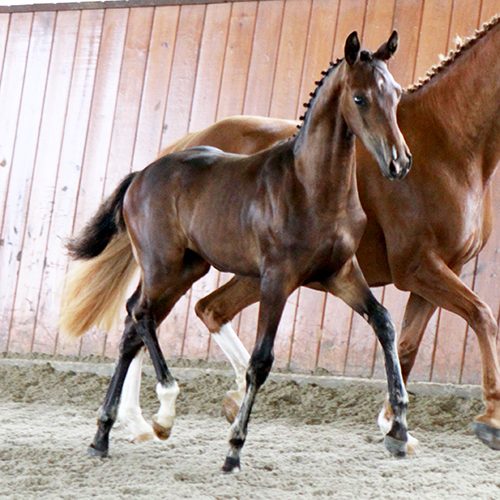 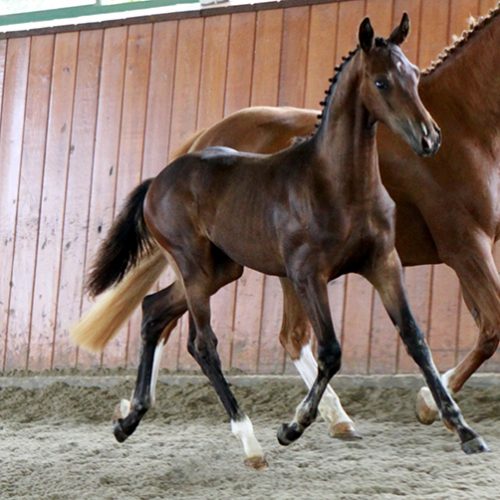 Finch was awarded Premium Foal Award at his breed inspections in August 2018.

This leggy gelding is super athletic and showing us a fabulous canter which is light, airy and ground covering already.   He is supple and elastic in his trot and we are excited about his future under saddle career.

Finch is New Forest Pony/Warmblood, a cross we are finding very popular for the smaller rider who is looking to be competitive in the dressage arena, with the hardiness of the pony but doesn’t want to give up anything that the well-bred dressage horse has to offer in terms of gaits, power and elasticity. With several Grand Prix horses in his blood lines, Finch is bred for exactly that and will most likely mature in the 15 – 15.2 hand range.

His Sire, Finery has a fantastic dressage pedigree, he is sired by Fürstenball who was Champion of his Stallion Performance Test, winner of the 2011 Bundeschampionat, and winner up to the S level.  He has been even more successful as a sire and has an incredibly high FN Dressage Index of 175. Finery’s grandsire, Diamond Hit, was an international Grand Prix competitor who has 56 licensed sons to his credit.  Finery’s dam is making her own mark as well and has already produced two licensed sons.

Finery was licensed in Germany and completed his 30-Day test with a Dressage Index of 8.03 and a 9.5 on Character.  He was named Champion Stallion and Reserve Grand Champion of the 2016 Dressage at Devon show and under Michael Bragdell, Finery qualified for the US National Young Horse Championships and placed 3rd in the FEI Six-Year Old division in 2017.

His Dam, Winslette is home bred and out of Grand Prix mare Zauberelle.   Winslette was given Premium Foal Award status herself and then went on to be entered into the Premium Mare Book as a 3 yr old.  She has produced outstanding offspring for us by the following stallions; Forrest Flame, Champion’s Devito and Doctor Wendell.   The grand sire of Finch is our beloved New Forest Pony Stallion Wicked Courtjester 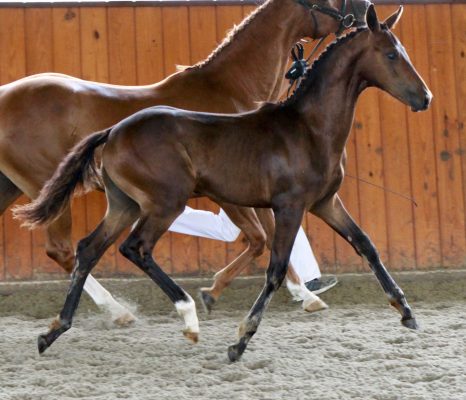 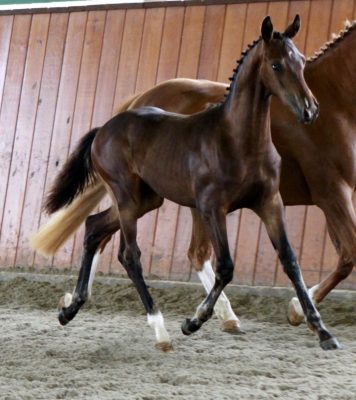 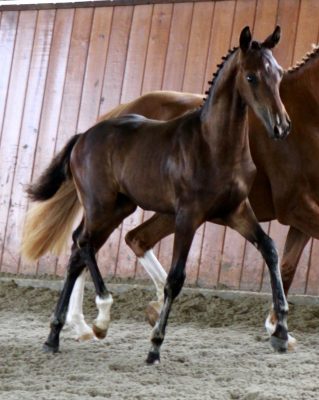 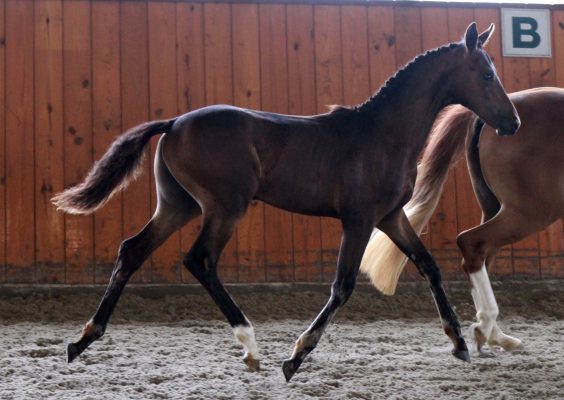 SOLD! Congratulations to Cristiana Camardella on the purchase of Finch as her future dressage partner.