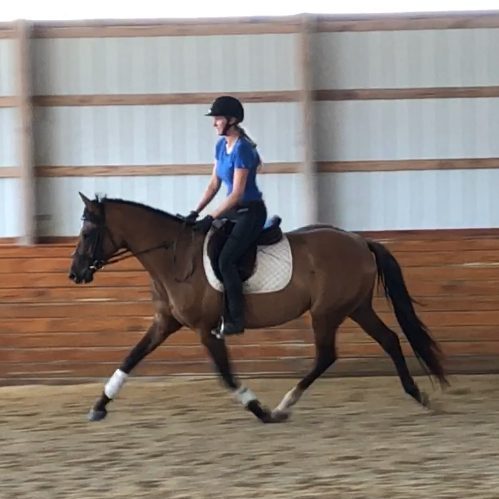 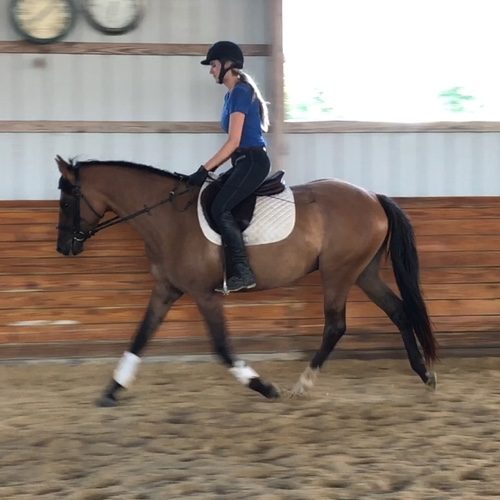 Deva is now under saddle and going beautifully.   She is loving the work and attention and is proving to be a good student.   Deva is currently in light training, 3 times a week under saddle in addition she continues to do ground work to include trailer loading etc.   She is good for grooming, bathing and farrier.  Deva will continue in training and building confidence until sold.

She is sired by Champion’s Devito a German Riding Pony who is a son of the well known and impressive  FS Champion de Luxe  who  has competed and won level A and L dressage classes and was pony Bundeschampion of 2001 and 2002. He won his stallion performance test in Neustadt-Dosse with four perfect scores of ten!    FS Champion de Luxe has more than 93 licensed sons and his descendants have continued in his path.

Deva is likely to mature in the 15.1 – 15.2 hds range.   She has an interesting blend of warmblood and German Riding Pony suitable for the small rider and has the beautiful buckskin coloring from both her sire and grandsire which is sure to get you noticed in the show ring.

Can be sold with 2 doses of  Wicked Courtjester frozen Semen. 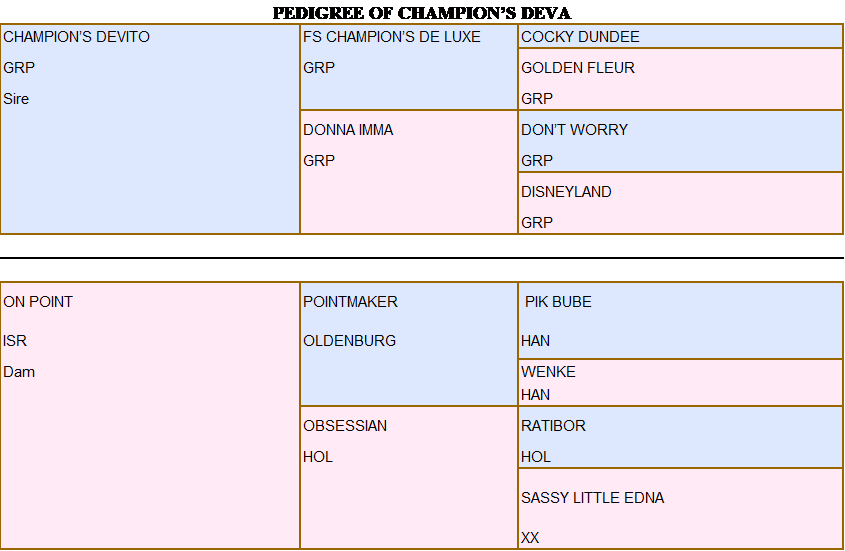 These Photos were taken on only her 9th ride! 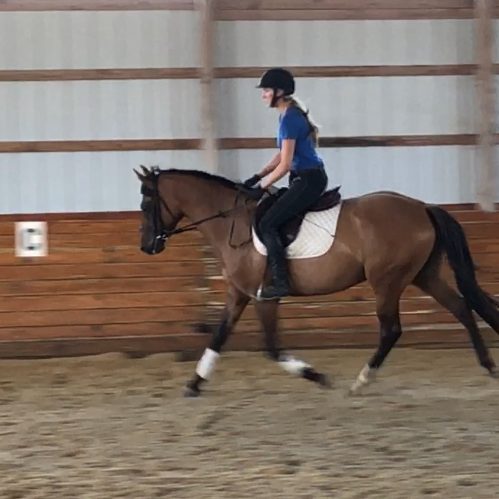