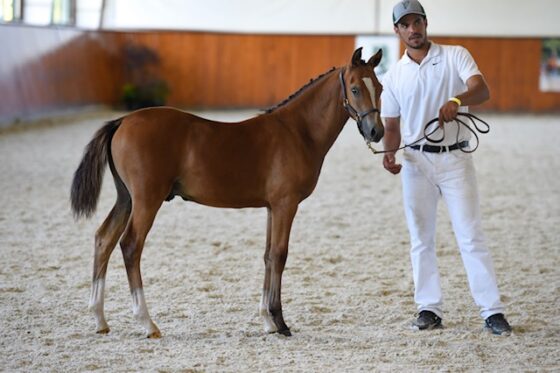 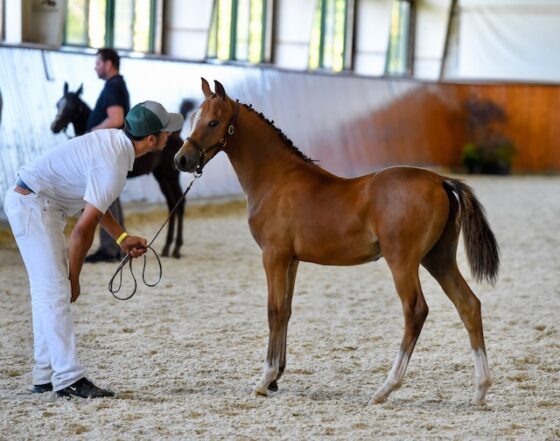 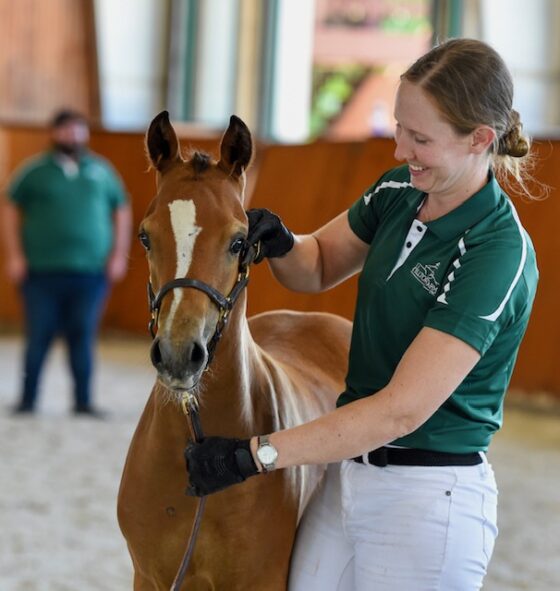 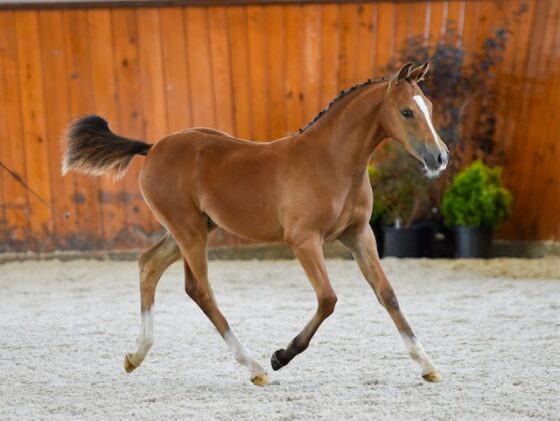 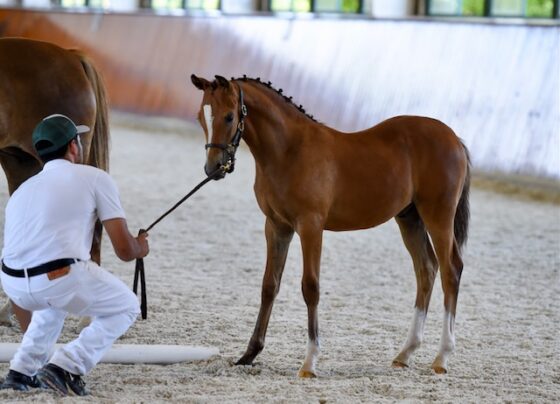 This is a breeding we would love to repeat in the near future.   Cruise is extremely correct and has excellent conformation.  He is a fun athletic colt with a terrific personality .    He has fabulous movement in all three gaits and his trot is already showing cadence and swing.  You can just tell is canter is going to give you a fabulous feel and will be easy to develop for FEI work later in his future.

Fox Creek's Censentional is an oversized German Riding Pony whom I have been following for quite a now.   He is providing to be a talented and very willing FEI competitor; making his debut at Intermediate II with scores in the 70% and qualifying for Regional Championships while schooling GP movements at home.   His rider/trainer describes him as having rideability off the charts, expressive and has natural talent for passage.  You can clearly see he has wonderful gaits and incredible freedom of the shoulder.

Forrest Folly, was given Premium Foal and Premium Mare Award status.  In between pregnancies she was put back under saddle and shown in training and first level dressage.  Her last foal Wrockstar by Wicked Courtjester received Premium Award status at his inspections and was exceptional under saddle.

Cruise's grandsire is 3* stallion Forrest Flame who competed through to Fourth Level Dressage and who could also jump anything in front of him.  The grandam is our incredible broodmare Hoppenhoff's Silvia, who has produced ten offspring for us - four by Forrest Flame who received Premium Awards, a licensed breeding stallion in Webster, Premium Mare Award and FEI dressage pony Wicked Games (both sired by Wicked Courtjester), and super eventing pony Forrest Nymph.

We are thrilled with this colt, he has excelled in our expectations.  Likely to finish large pony very close to 14.2 hds (no guarantees) he may go over pony size.

The sky's the limit for this Cruise.

Priced in the $14K range (subject to change).